What has been a fantastic festival so far draws to a close on Saturday, 7 September from  12 noon to 7pm.  Every quarter of Cricklewood town centre will be buzzing with activity, excitement and energy.  Spoil yourself with mouth-watering food from specially selected caterers and enjoy some of the best cultural and musical performances there is. 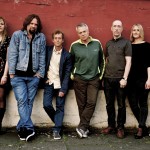 Festival Headliner, Red Box first came to prominence in the early 80s with their world-flecked debut album ‘The Circle & The Square’, a record firmly at the leading edge of world-influenced pop.Eclectic and tribal, it provided the band with two big worldwide hits in ‘Lean On Me (ahliayo)’ and ‘For America’. The record also contained ‘Chenko’, a chant that has become an institution in Eastern Europe, and these songs propelled Red Box around the world in their wake.   A little older, a little wiser…The band played extensively in Europe in 2011-12 with live shows, radio concert broadcasts and unplugged sessions, including two critically acclaimed concerts at the ornate Bush Hall in London.  Red Box remain a band of close friends interested in new ideas, an extended creative circle who make music with warmth and a great deal of love. 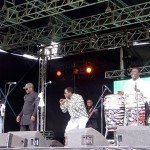 has given rise to ‘Soukous’ in the Democratic Republic of Congo, ‘Makosa’ in Cameroon and ‘Coupez Decallez’ in the Ivory Coast. The band formed in late 2007 at The Magpie’s Nest Club (BBC Best Folk Club of The Year 2009), as an a cappella group, and later evolved into a full band.  The musical style: ‘Cavacha’ is a highly danceable music characterised by intricate guitar picking from three guitarists, soaring vocal harmonies and driving percussion. The music reaches a crescendo during the “Seben”, with the intricate guitar picking; irresistible rhythms and sublime vocal harmonies combine to create a barely suppressed euphoria: and is arguably one of the most infectiously danceable forms of music in the world!  Their leader is master guitarist Fiston Lusambo. He and the other core member have, in the past, played with such illustrious groups as Orchestra Virunga of Samba Mapangala, Ok Jazz of Franco Makiadi, Big Musica of Defao, Matimbila of Remi Ongala and Rumba Ray de Maray of Papa Wemba. Several of the members were in Baboma which was a very successful band in the early to mid 90s here in the UK. 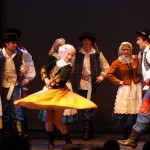 Orleta is a popular and exciting amateur Polish folk song and dance group company from S.London, established in 1973.  Orlęta  present an exciting folk show full of fun, dance, song, beautiful costumes and theatre. Their joyous and exuberant  performances delight and impress audiences both within the UK and abroad. They bring to the stage the true spirit of a traditional Polish dance party.   Orleta has just been awarded a gold medal from Polish Ministry of Culture for its work in promoting and cultivating Polish folklore abroad.  Mrs Barbara Klimas-Sawyer, the artistic director holds the Oskar Kolberg gold medal from Polish Ministry of Culture for her individual work in Polish folk culture.

Alison Dance Company  is a brainchild of Alison,  a Dancer/ Teacher and Choreographer for over 20 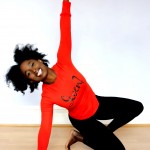 years.  She  has worked in England and Europe for a myriad of choreographers including Peter Badejo, Micha Bergese for the Millenium Dome Performance, and Craig Revel Horwood for the “The Legend of The Lion King” Euro Disney production, and many others. For the past 2 years, was a lecturer of dance at Newham College of Further Education, where she taught dance and choreographed shows. And now in the process of creating her own dance company. 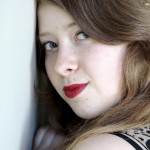 Sabrina Parker is a sixteen year old singer/songwriter and Cricklewood resident. She is a sixth form student at London’s Camden School for Girls, doing A levels in Music, English and History. Sabrina made her open mic debut in Woodstock, New York in 2011 and hasn’t stopped performing since then. She can regularly be seen in music nights around London at venues such as The Abbey Tavern, the Camden Head, the Windmill, Brioche and The Ailsa Tavern.  She has also sung in Tokyo and New York.  She recently opened for acclaimed indie band Autoheart at Servants Jazz Quarters in Dalston, performed  at the Jester Festival in West Hampstead and did an hour-long gig at Westfield in Shepherd’s Bush. Her single, Fire and Ice, will be released soon. Website: sabrinaparker.co.uk 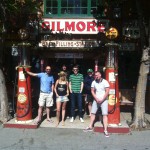 The Good The Bad and The Ginger

$40 million wedding for Facebook Co-Founder Sean Parker. Since hitting the music scene two years ago the band have performed for some of the worlds A-List celebrities. Counting Sting and Bob Geldof as their no. 1 fans the band have really set the Irish music scene alight. With five guys and one bridie they play a mixture of country and Irish music. With All-Ireland music champions in the band they provide an outstanding level of performance. A good time band that recently played Wembley stadium as well as Kew Gardens with Jools Holland – they really are the ones to watch as the next big thing. 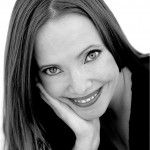 Opera On The Run’s Mariya Krywaniuk is a native of Vancouver, Canada and graduated with a Masters of Music from the Manhattan School of Music. .  While in New York, Mariya was a prize winner in the prestigious Gerda Lissner competition and a New York district winner in the Metropolitan Opera National Council Auditions. In 2007 in Tel Aviv, Mariya sang the role of Mamousha for American Opera Projects in the world premiere of Jan Hamer’s opera The Lost Childhood.  Mariya made her Carnegie Hall solo recital debut in 2008 at Weill Hall. Since moving to London, Mariya has performed the roles of Mimi in La boheme and First Lady in Magic Flute with Co-Opera Co.  She has sung the role of Cio-Cio-San in Madam Butterfly with both Opera Up Close in 2010 and again with New Devon Opera in 2012.  In 2012, Mariya sang the role of Gerhilde (Die Walkure) for the London Wagner Society and sang the role again in May 2013 for the Wagner 200 Anniversary Concert at Royal Festival Hall.  This summer Mariya covered the role of Gerhilde at Longborough Festival Opera and the role of Butterfly for the Christine Collins Young Artist Performance at Opera Holland Park.

Opera On The Run’s Ian Bloomfield, trained at Trinity College of Music. He spent five years with English National Opera between 1985 and 1990, a season at the Royal opera house Covent Garden and in London’s West End performing roles in Shows such as CATS, The Phantom of the Opera, and the award winning production of Company directed by Sam Mendes. Ian spent five years as assistant director and company manager to Music Theatre London and has directed and assisted many shows since including; Cosi Fan Tutti, Die Fledermaus, Carmen, La Boheme, for MTL. Hansel and Gretle, for Garden Opera and Opera café, A Comedy of arias, Spaghetti Opera and The Perfect Picnic for Opera on the Run Ltd. Ian has performed in Cabaret venues in London and the South of France over the last two years receiving critical acclaim. 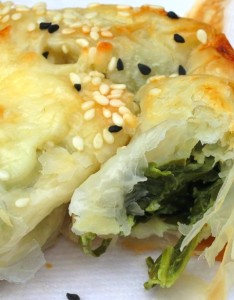